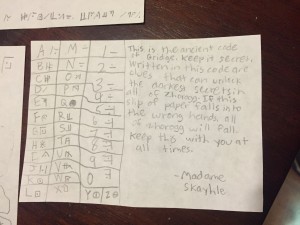 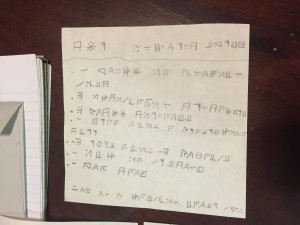 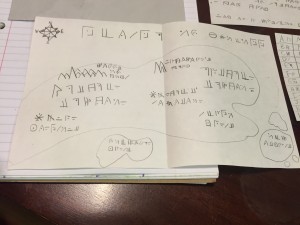 One day, on a farm in Prettyland, all the animals were grazing the meadow behind the barn. At 2:35 pm, all the cows left the grazing side of the meadow to be milked. Everyone except Brittany and Shyla, that is.

1
The 2 cows walked over to the barn.
“BUURRP! Hello, guys! BUURRP!” Fatzo the cat was lying on the ground, next to 3 empty jugs of milk.

2
“Hi Fatzo!” replied the 2 cows. They walked over to the chicken coop. As usual, they found Daniel the rooster showing off in front of a group of hens.
“COCK-A-DOODLE-DOO! W-wait a second ladies… Why, isn’t it wonderful? I see that Brittany and Shyla are visiting us again. Oh. I’m so annoyed. Fatzo keeps burping in the middle of my singing. And…

WHAT DID YOU TWO COME HERE FOR???”

3
“Thanks!” Brittany said. As they walked over to the meadow, Brittany was thinking about her worst enemy, Dr. McBling-man the sheep.

4
When they got to their haystack, the 2 cows sat down and got a bundle of hay for snacking on.
“WHAT?” yelled Brittany, reading the news.

5
“Let me see!” said Shyla, snatching the news from Brittany.
“Dr. McBlingman escaped from jail?” Shyla read on.
“He returned to his lairs, setting traps around his precious hideout? Looks dangerous,”
Brittany looked at the picture.
“Yup,” agreed Brittany.
“You should go hunt him down,” said Shyla.
“He’s your worst enemy, too.” Said Fatzo, who was jumping over the fence of their haystack.
“NO! HE’LL CAPTURE ME!” yelled the mad Brittany.
“But still, you could earn $100!” said Shyla.
“As much as I want $100, I don’t want to get hurt. Or even worse, KILLED.” Brittany told the other two.

6
The next morning at the first grazing session, while Daniel, Shyla, and Fatzo were awake, Brittany was sleeping in… or was she?
“Brittany, wake up! All the fresh patches of grass are being taken!” Shyla yelled. There was no answer.

7
“Brittany, I need you to give me some milk!” hollered Fatzo. But there was still no answer.

8
“Brittany, I need you to help me with my Cock-a-doodle-doo show,” shouted Daniel. But there was still no answer.
“We better check it out,” suggested Daniel.
“No. N-no-o-o. There is no way to force me to investigate with my milk stomach empty,”
“You were being serious?” said Shyla.
“Uh, yah. Of course I was. What’d you think, I was trying to get Brittany out of there?”
“OF COURSE WE DID!” yelled both Daniel and Shyla.

10
“I’m glad that he left, because he could’ve left us behind schedule. Anyways, I think I know who kidnapped Brittany. I found this next to the barn.” Daniel held up one of Dr. McBlingman’s special gloves.
“I think it was Dr………” A helicopter had just appeared over Daniel. A cage attached to a chain dropped down on Daniel.

13
After 2 hours of walking, 1 hour of dodging traps, and half an hour of trying to convince Fatzo to pick the lock, they finally got to the lab room of Dr. McBlingman’s hideout. Brittany and Daniel were in a cage, which was above some lava, and a crane was holding the cage. Daniel and Brittany were screaming,

14
“We really need to get them out of here!” said Shyla.
“Yah, so we can have some eggs and milk. YUM!” said Fatzo, licking his lips.
“No, you fatty-catty. They’re our friends!” Shyla yelled at Fatzo.

16
Shyla saw a pair of handcuffs and a net in the trash can. She quickly grabbed the stuff and snuck up on Mc.Blingman.
A few minutes later, Dr. McBlingman was in a cage and calling Brittany a coward.
“I’M NOT A COWARD, YOU COWARDLY COWARD, YOU’RE THE COWARD!” yelled Brittany. She played with the controls and turned the lava into puke flavored Jell-O.
KERPLOP! And the big, happy family went home.

Yes, I have packed. Yet I am taking with me nothing but my wagon, an axe, a shovel, a tin pan, all my money (15 copper pieces), a pot, my pet bloodhound, Sammy, a sack of salt, a pocketknife, a quill, and my 10 last bottles of sparkling blue ink. For I am heading to the forest, in search of no one but Bigfoot HIMSELF.

I am 34 miles away from the forest. I have done my little chores; Feeding Sammy, sharpening my tools, and polishing my pocketknife. I might as well stop at the closest trading post to by some cider, a brand new eagle quill, a pickaxe, and some boar ribs, for Sammy.
I’ll have Sammy hunt for deer while I chop us some firewood, buy a lantern, buy a rope, build a fire, and prepare the appetizers for tonight’s supper. In a few minutes I’ll send Sammy off. Right now we’ll just go find some wood, a hammer, some nails, bricks, cement, paint, a paintbrush, and all the other things you’ll need to build a cottage. I like this little meadow I found. I think I’ll live here, after I’ve found Bigfoot, that is.

I’ve bought a camera, so I can take pictures to prove I’ve found Bigfoot.
Sammy and me went into town after supper yesterday to get the stuff for our house. I could buy everything, cause I got a JOB. I get 30 gold pieces a day! But, the job’s pretty hard. I am now an official chef. Isn’t that great? I’ll be rich!

After we got the supplies, we went to sleep. So all day today I was working on the cottage. I got halfway done, so tomorrow I’ll probably get the same amount of progress done.

Turnips. I’m so tired. I finished BUILDING the house, but now I have to PAINT IT and ADD ACCESSORIES. I should make a list of what to put in my house.